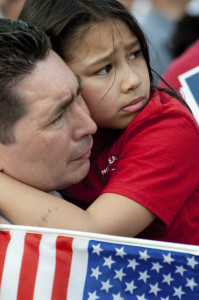 Recent major media reports and White House press releases verify what our office has known for quite some time: extreme violence and poverty in Guatemala, Honduras and El Salvador have forced many unaccompanied minors to cross the U.S. Border and have flooded young migrant shelters in record numbers. President Obama characterized the surge as an “urgent humanitarian crisis” and has requested $1.4 billion in extra funding to help house and feed these children. Estimates put the number of unaccompanied minor children (UAC) at 35,000 to date in 2014. By contrast, in 2011, only 6,560 were placed into shelters. By the end of this year, the government estimates some 60,000 UAC’s will attempt entry into the U.S.

Our office has heard grueling stories told by these children, some as young as 10 years old, regarding the killings of family members and of the rampant corruption of the police who are also involved in the violence. Organized criminal groups and gangs such as MS-13, Mara 18, Las Zetas operate with impunity. Starvation is a fact of daily life. Many of our UAC clients live in the Knoxville and Chattanooga area and meet us in our offices in East Tennessee. There is a surprising large population of Guatemalans in Chattanooga and Hondurans in the Knox and Sevier Counties.

Once in the care of the Office of Refugee Resettlement/Department of Health and Human Services (HHS/ORR), these children are typically placed with family members in the region and placed into removal (deportation) proceedings with the local immigration courts at Memphis or Atlanta. Because attorneys are not provided free of charge in deportation proceedings, many of these children face eventual removal back to situations that may result in death or torture.

The legal options available to the small percentage of unaccompanied minor children (UAC) who obtain immigration counsel are often time-consuming, complex and expensive to pursue. Most involve asylum cases dealing with gang violence which are exceedingly difficult to win. Such cases must be filed before an immigration judge within one year of entering the United States.

The best option usually requires inter alia a juvenile court order finding that reunification with one or both parents in the country of origin is not in the best interests of the minor, and that the minor is dependent and neglected (abandoned) and a ward of the court. Once the juvenile order is made in state court, the Department of Homeland Security (DHS) ICE attorneys usually agree to terminate removal proceedings to allow a juvenile to seek residency before the United States Immigration and Citizenship Services (USCIS). The particular petition is called a “Special Immigrant Juvenile” status petition (SIJ). 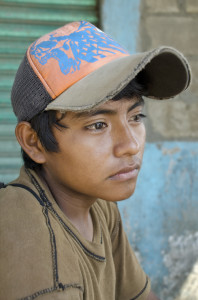 Many people are surprised when they realize how complex and burdensome this process really is. In fact, the number of agencies involved alone is perplexing: Customs Border Patrol (CBP) makes an arrest, HHS/ORR places the children in shelters, the Department of Justice (DOJ/EOIR) adjudicates the deportation proceedings initiated by Immigration Customs Enforcement (ICE), state juvenile courts adjudicate guardianship/dependency and neglect proceedings and lastly, the USCIS adjudicates applications for permanent residency following adjudication of a Special Immigrant Juvenile Petition! In sum, no less that six (6) separate governmental entities are involved in this process.

Cultural and language differences add an additional barrier. Often these minors “age-out” at age 18 and cannot obtain the proper juvenile court orders. We have had many cases involving 17 year-old UAC clients facing the spectacle of aging-out. Some of these children are reunited with both parents which would seem to be a blessing by most. However, SIJ status will not be granted where such a reunification has occurred. Unaccompanied immigrant children ultimately face an immigration judge and the high burden of proving grounds for asylum exist. Gang-based cases are especially disfavored by the courts and are typically rejected under precedential case law. In sum, unaccompanied immigrant children face challenges in immigration court.