The USCIS has announced that I-130 visa petitions filed by same-sex spouses will be adjudicated “in the same manner” as opposite-sex marriage petitions. Even if the couple resides in a state where same-sex marriage is not recognized, the immigration service will respect the law of the state in which the marriage was contracted. In other words, if the marriage was valid in a same-sex marriage state, the petition will be honored even if the state where the couple live do not recognize the marriage. In effect, U.S. Immigration Law by judicial decision seeks to keep families together without regard to sexual orientation. 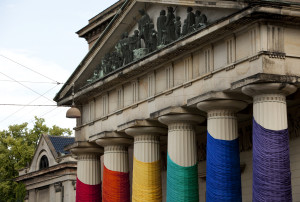 Sean Lewis is an immigration attorney who handles all immigration matters and may be contacted at 866-892-9264.