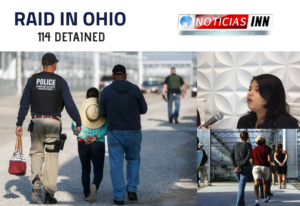 The largest raid during Trump´s mandate took place in Ohio at Corso’s Flower & Garden Center, a landscaping company and 114 employees were detained. No charges have been presented against the company yet, however, landscapers are concerned about their businesses’ future as they struggle to find workers ever since returning workers are no longer exempt from the H2B cap.

This raid in Ohio will affect many others

The raid in Sandusky has left many business owners concerned as they struggle with the ripple effect of the “Zero-Tolerance” immigration policy and the fear that it will only get worse. Many of them weren’t granted permits for the foreign workers they were counting on for the season. The president of Green Impressions in Sheffield, Ohio, commented that all of the 18 foreign workers he had been counting on for this year, were denied the permit, and hasn’t been able to find reliable employees. Five new hires just quit, and “what’s left out there can’t pass a drug test.” said Joe Schill, whose business has had no other choice but to turn down jobs, losing $300,000 in just April and May.