Reconition of Same-Sex Marriage is the Subject of Litigation

How Same Sex Marriages Are Recognized or Ignored in Other States is the Subject of International Litigation
By Sean Lewis, Esq.

When states in both the U.S. and in Mexico treat same-sex marriage differently, it is any person’s guess how that marriage will be treated by crossing state lines. When the issue is applied to different facts, such as adoption rights, enforcement of pre or post-marital contracts, insurance contracts, property rights, decedent rights etc., the the waters become even murkier. In all cases, the courts are where these issues must be resolved.

In the United States, the U.S. Supreme Court ruled that the Defense of Marriage Act (“DOMA”) was unconstitutional. That ruling only applies from denying federal and not state benefits to legally-married same-sex couples. To date, 17 U.S. states have upheld the validity of same-sex marriage. In Mexico, three states fully recognize same-sex marriage and adoption rights are extended in Mexico City. The remaining states in both countries are either changing their laws, or are holding out until the courts decide whether to enforce marital rights. In Mexico, many states are passing civil-union laws in an attempt to delay implementation of same-sex marriage laws.
Tennessee is a “hold out” U.S. state. Last year, four couples filed suit challenging the constitutionality of state law which only recognizes a union “between one man and one woman”. On March 14, 2014, the federal court in Nashville issued a preliminary injunction temporarily barring the state from enforcing the anti-recognition law to the parties involved in that case. See: Tanco et al. v. Haslam Memorandum Order (March 14, 2014). The decision was based on Judge Trauger’s belief that “The impact of future decisions, which are forthcoming as the result of continuing litigation in other federal trial and appellate courts across the country, will inevitably influence the ultimate disposition of this case”. Id. at p. 3. The narrow issue in Tanco was whether Tennessee may refuse to recognize the three same-sex legal marriages consummated in other states in that particular case. In other words, only six people were affected by this ruling, and Tennessee’s anti-recognition law is currently in full force.

One lesbian couple in Tanco, had artificially inseminated and challenged the fact that Dr. Jesty (a veterinarian) would not be recognized as the child’s legal parent. The federal social security benefits guaranteed under federal law could not be extended to the child should Dr. Jesty die. The couple also asserted that if the maternal parent were incapacitated, the unrecognized parent would be unable to visit the child in the hospital if the other parent could not give consent. Id. One of the other couples challenged the non-recognition of an adoption by Tennessee. 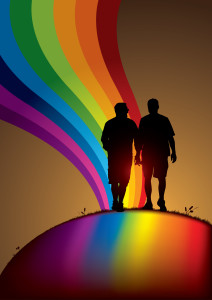 Rather than choosing to abandon this challenge that would likely succeed in the higher court, the Tennessee Attorney General filed an appeal to the Sixth Circuit Court of Appeals on March 18, 2014. The federal court in Tennessee’s socially-conservative neighbor Kentucky held that that state must recognize same-sex marriages from other jurisdictions. The governor of that state is planning to appeal as of this writing. Yes…the Sixth Circuit Court of Appeals sitting in Cincinnati will be busy this spring deciding these cases.
Whether the issue involving gay marriage arises in a socially-conservative southern state, or south of the U.S. border, the courts are changing the landscape very quickly. Recognition of gay marriage is the civil rights issue of 2014.

Sean Lewis is a U.S. immigration attorney based in Nashville, Tennessee. He has filed many same-sex visa petitions for spouses and fiancés before the immigration service and U.S. consulates following the Windsor decision. Sean has local ties to Puerto Vallarta, Mexico and is married to a native of Nayarit and Vallarta. For those in Mexico, Sean may be contacted on his Guadalajara landline at 01-(335) 004-2258, or visited on his web site at www.MusicCityVisa.com. His phone number in Nashville, Tennessee is (615) 226-4236 (615-ABO-GADO).