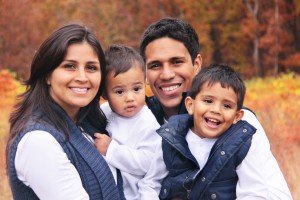 On August 29, 2016 new rules come into place expanding who can apply for provisional waivers inside the United States. This will affect thousands of people in the United States and you could be one of them!

Who needs a waiver?

People who have accumulated between 180 days but less than a year of unlawful presence in the United States will obtain a 3 year bar from reentering the country. If an individual has accumulated over 1 year of unlawful presence in the United States, they will be barred from re-entering the country for 10 years. This provisional waiver allows immigrants to apply for a pardon of the 3 and 10 year bar while still inside the United States, minimizing the amount of time that they would have to spend in their home countries.

Who is eligible to apply for a provisional waiver inside the United States?

Anyone who is eligible for an unlawful presence waiver, as long as they have a U.S. Citizen or Legal Permanent Resident spouse, parent or child and can prove that such relative would endure “extreme hardship” if denied.

This means anyone who is eligible for an immigrant visa, whether that is family or employer sponsored or a Diversity Visa, however, the applicant must be able to prove hardship to a US Citizen or Legal Permanent Resident spouse, parent or child.

An example of who would be eligible are spouses, children or parents of US Citizens or Legal Permanent Residents.

What if I’m eligible to apply for a provisional waiver: What do I have to do?

If you meet the criteria for applying for a provisional waiver, you must be able to prove that the denial of the provisional waiver would cause an extreme amount of hardship to a U.S. Citizen or Legal Permanent Resident spouse or parent and that your case warrants a favorable outcome. You must also be willing to provide your biometrics to USCIS for a background check.

What happens if I have a removal or deportation order?

Before you are able to apply for a provisional waiver under this new rule, you would have to have submitted and gotten approved a I-212 form, which is an application for consent to reapply for admission. The approval of an I-212 will be conditionally approvable-meaning approved before leaving the U.S.

Who is ineligible to apply for a provisional waiver?

What happens after your provisional waiver is approved?

Once your provisional waiver is granted you will have to return to your home country for a brief period of time to conduct your interview for the immigrant visa with the consular office.

I still have to return to my home country, Why is this a big deal?

This waiver allows you to significantly decrease the amount of time you would have to spend in your home country and away from your loved ones in the United States.

IMPORTANT!! It’s important to specify that this provisional waiver only applies to certain bars of admissibility. Specifically the unlawful presence bar. You might be granted this waiver, but if you are ineligible due to other ground of inadmissibility they can revoke it. This is why it’s important to tell your lawyer all of your information and immigration history. Meeting the extreme hardship requirement requires the professional experience of a licensed immigration attorney.