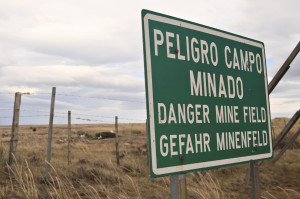 On April 4, 2014, the Tennessee Supreme Court held that a guilty plea following expunction is not a “conviction subject to collateral review” under the Tennessee Post-Conviction Procedure Act. For those who do not habla legalese, the high court basically said that you cannot undo a guilty plea that involves a sentence that was never formally “entered” by the court clerk.

The opinion in Jose Rodriquez v. State of Tennessee provides zero guidance as to what the underlying issue in the case was or the circumstances of the appellant. The appellant, a long-term Mexican immigrant who is married to a U.S. citizen was not advised by his criminal lawyer that expungement following judicial diversion would cause dire immigration consequences. After completing probation, Mr. Rodriguez expunged his record and was placed into deportation proceedings. The U.S. Supreme Court has said that criminal defense attorneys must advise foreign nationals of deportation consequences before advising their clients to plead guilty. Tennessee judges must also warn litigants of the same possibility before accepting pleas of guilty.

The Rodriguez decision makes absolutely no mention of the conflict between federal immigration and state law that caused the Court to consider the case in the first place. The decision neither resolves nor reveals the nature of the legal quagmire faced by non-citizens (or their defense attorneys) when they go to criminal court. Given the complexity of the legal issue, the Court side-steps citing the legislature’s “clear and unambiguous” statutory language. But what about the unclear state of the law involved in this case? 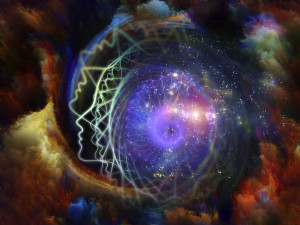 The Metaphysical Aspects of “convictions” and “Convictions”

To understand the ambiguity that underlies the law, one might begin to feel that she is back in college studying existentialism or metaphysics. Remember Immanuel Kant’s ontology and epistemology?

Under federal immigration law a “Conviction” (large letter “C”) exists, regardless of expungement where a non-citizen admits guilt and pays some sort of a price for it, regardless of whether a criminal court judge defers adjudication and later throws out the charges.

Under state law, a “conviction” (small letter “c”) is not a conviction where the imposition of the sentence is deferred and not formally entered following the performance of certain conditions. The Tennessee Supreme Court found that no “judgment of conviction” occurs in this instance. In other words, a defendant may plead guilty to a crime, the judge will sign the order finding guilt but later “rip up” the conviction upon the completion of a period of probation. This is judicial diversion. The defendant may then literally set fire to the records in the form of applying for “expungement” and then tell all future employers that he has never been “convicted” of any crime. Again, small letter “c” as in not a “Conviction” (capital “C”).

If the defendant is a non-citizen, for example a legal permanent resident with U.S. Citizen children, spouse and decades of residency, she will be told by the immigration judge that she was Convicted. In other words, she is “Convicted” (large “C”) for immigration purposes but not so for state law purposes. The punishment that follows a Conviction in this sense is usually severe: banishment, exile possibly leading to persecution or death. For many people, the punishment of deportation far exceeds any time spent in jail. Sadly, far too many defense attorneys are unaware of or seem to shrug off the consequences that await their clients after their 5 minutes in General Sessions court speaking to the DA and judge.

Today’s decision certainly falls short of a legal “Copernican Revolution” and leaves it to the other states to sort out a very slippery issue facing the defense bar and immigrants. Certainly today’s decision was a disappointment to the immigration and defense bar.

A “Conviction” is a permanent blemish to the foreign-born population which may never be erased. Under federal law, there is no such thing as an expunged record and pleading guilty under Tennessee judicial “diversion” upon the legal advice of a bad lawyer can get you deported.