NOTARIES ARE NEVER ALLOWED TO CHOOSE or PREPARE IMMIGRATION FORMS IN TENNESSEE!

Many people are surprised when their immigration case is denied after paying hundreds of dollars to unlicensed fraudsters who guaranteed their case would be granted. Even people with good intentions (volunteers at churches, community centers) cause grave and permanent harm to people seeking immigration benefits.

Many people are also shocked to learn about how wide-spread unauthorized practice of immigration law is. The practice of immigration law has been defined as the “choosing of forms” after studying the facts of a particular case, and the “preparation of forms” by non-attorneys or BIA-Accredited Representatives. Attorneys understand that Immigration Law is probably the most complex and changing area of the law, yet people trust non-lawyers with their future because the forms seem easy to fill-out. Paying an immigration lawyer can cost thousands of dollars. However, people quickly find out that the questions on the forms are loaded and tricky once they try and do it on their own. Immigration Lawyers know all-to-well that deciding which form or whether to file at all is a critical step in the process. One mis-step could cost a delay, denial or even result in a deportation. The drastic penalty of deportation ruins lives and dreams. 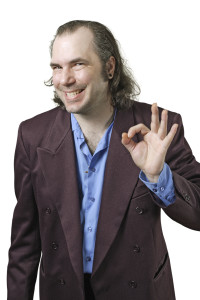 There is no shortage of scoundrels who pose as lawyers by using language fraud. These unscupulous businesses prey on immigrants from countries where notary publics are highly-respected attorneys. In the United States, nearly anyone can become a notary public-a person who merely witnesses signatures and administers oaths. In most of latin america “notario publicos” are uber-lawyers-similar to judges. In most states, it is illegal to use the word notario publico in adverstising without disclaiming that the person is not a licensed attorney and may not give legal advice. Some states, such as Tennessee, don’t even allow notary publics to fill out immigration forms unless they are licensed attorneys or licensed by the Board of Immigration Appeals.

Sadly, there is little enforcement against these criminals who steal dreams and ruin lives. People are too afraid to report these crimes in fear of being deported. Most do not understand that those who seek to help them and prosecute these crimes would never report them to the immigration service.

The Tennessee Attorney General is active in protecting immigrant consumers and publishes enforcement actions against “notarios” on it’s web site at: https://www.tn.gov/content/dam/tn/attorneygeneral/documents/consumer/consumer_affairs/scams-schemes-&-swindles/fotonovela_notario_scams.pdf
Additionally, immigration lawyers maintain a web page loaded with helpful information for victims of UPIL at https://www.stopnotariofraud.org

The Federal Trade Commission is also active in combating UPIL and maintains a web page describing it’s own actions and provides valuable information at:

Additionally, consumers who are victims of immigration fraud may sue under state law to seek damages or restitution. Some consumers have been successful in re-opening their immigration matters based on fraudulent conduct of others.

Sean Lewis is an immigration attorney who is also the immediate past chair of the Tennessee Bar Association Unauthorized Practice of Law Committee.