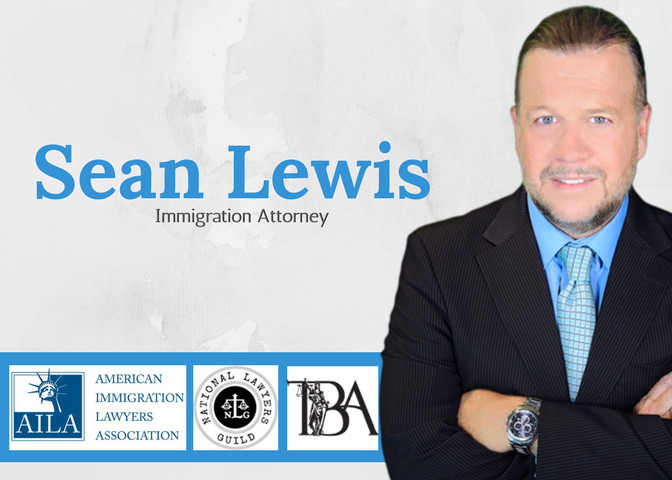 Caring and compassionate, Sean Lewis is licensed in Tennessee and focuses practice on Immigration Law and cases related to immigration law.

Sean Lewis is the founder and managing member of the Law Offices of Sean Lewis, PLLC based in Nashville also with offices in Chattanooga, Knoxville, Memphis, and Dallas*. Mr. Lewis received a Bachelor of Arts from Marquette University in Milwaukee, Wisconsin, and his Doctor of Jurisprudence from the Golden Gate University School of Law in San Francisco, California. Mr. Lewis is the past Chair of the Tennessee Bar Association Standing Committee on the Unauthorized Practice of Law and serves on the Executive Committee of the TBA Immigration Section. Sean is also the Past Chair of the Tennessee Bar Association Immigration Law Section and Past Chair of the Nashville Bar Association’s Immigration Law Section. He is a member of the American Immigration Lawyers Association (AILA) and the National Lawyer’s Guild. Sean Lewis is a graduate of the TBA Leadership Law Class of 2010.
Sean Lewis is a frequent speaker on many issues related to immigration law, criminal-immigration law, immigration law for entertainers as well as the unauthorized practice of law and other issues facing immigrants and their attorneys. Mr. Lewis drafted legislation in 2006 which amended the notary public laws in the State of Tennessee and is still used today to fight unscrupulous “notarios” who target the immigrant community. He is fluent in Spanish and provides bi-lingual legal services. Before becoming an attorney, Mr. Lewis had a career as a recording artist with NOISE/BMG and until recently, toured as lead guitarist with notorious Metal Band “LONDON” (formerly known as “D’Priest”) in his spare time. LONDON was started by NIKKI SIXX of metal fame Motley Crue and featured members of Guns & Roses, Cinderella and others. To balance his personal and professional life, Mr. Lewis continues to be active in the music field. Sean is also a licensed pilot and lives in rural Williamson County, Tennessee.