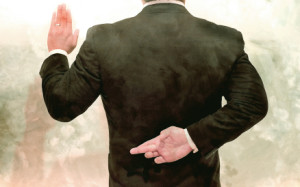 Promises, Promises: Are Congress and The White House Really Going to Do Something About Immigration in 2013?
By Sean Lewis, Immigration Attorney January 9, 2013

It appears that immigration is about to take center stage after Washington has kicked the can down the road for decades. The question remains: Are they serious this time?

Since the last major immigration overhaul in 1996, our immigration system has been completely dysfunctional and broken: It can take decades for people to immigrate legally while families remain separated, many people cannot immigrate in the first place (there is no “line” to get into), the best and the brightest people are leaving in droves to compete against us, the border cannot be completely “sealed”.

Promises, Promises
Obama has won an overwhelming landslide in gaining the Latino vote this year and the Republicans have offended and isolated the largest growing voter block in the United States by vitriolic and racist-sounding discourse in the media and in the debates on immigration. Now the Republicans are trying to make amends and have been “re-thinking” the immigration issue because suddenly they “care”-at least that is what they want to portray to retain relevance as a political party. Surprisingly, the Republican Party and Latinos have much in common in terms of core conservative values: family values, a hard work ethic and an aversion to let the government regulate the minute details in their lives.

Obama, on the other hand did not keep his 2008 campaign promises of introducing comprehensive immigration reform, by becoming distracted with the economy and health care. The President did not introduce any new legislation following his election, but rather deported a record number of undocumented immigrants throughout his last term. It remains to be seen if Obama will come through with his promise to introduce new immigration legislation before the next fiscal, tax or health-care crisis distracts his attention again.

The Obama Administration did enact several policies aimed at immigration enforcement targeted at criminal aliens and employers. Further, the Administration chose to place removals against children who have been in the country illegally, through no fault of their own at the bottom of the deportation priority list under the Deferred Action for Childhood Arrivals program, as well as passed the provisional waiver procedure allowing the filing of unlawful presence waivers stateside. These fixes are but a band aid on a gaping wound, however.

The Republicans have placed immigration hawks on the House Judiciary Committee and Subcommittee to show just how serious they really are about really fixing the complex issue of immigration. Rep. Bob Godlatte, R-VA is expected to lead the way to change and has opposed Obama’s administrative fixes with passion. The House Republicans have likewise appointed Rep. Trey Goowdy, R-SC. Who on the other hand, appears to understand that the U.S. cannot deport 11 million people who lack legal status. Like the “Odd Couple”, can these two work together in the same house without driving each other crazy? It might be a signal that a compromise in the House might actually take form after a real battle from within the party.

It is the opinion of this writer that politics will kill any real discussion of fixing the multi-faceted problem of immigration in the United States. Sadly, 11 million new tax payers could save Social Security and put billions of tax dollars towards repaying the deficit. We could attract the best and the brighest who want to come here, while also keeping families together and enforce the laws intelligently with new legislation. But for now, it is all promises, promises once again.

Sean Lewis is the Managing Member of the Law Offices of Sean Lewis, PLLC. 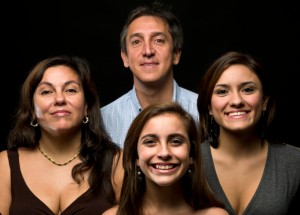 Beginning on March 4, 2013, certain family members of U.S. Citizens who are in the United States illegally will be able to file their waivers of unlawful presence before applying for their green cards and leaving the U.S. for their consular interviews. This new process will enable people to know in advance whether their immigration waiver is likely to be approved, rather than risk a denial and painful separation from family members while a decision is pending. Further, knowledge of whether a case is likely to be approved will certainly influence the decision of whether to proceed abroad for an interview in the first place.

1. What is a provisional waiver?

The U.S. Government recognizes that families experience long and painful separation due to processing delays while applying for waivers of inadmissibility at U.S. Consulates abroad. To keep families together, the new process, which begins on March 4, 2013, allows families to know in advance of departing the United States whether the waiver portion of an immigrant visa case will be approved. Thus, the waiver is called a “provisional” waiver because it may be filed stateside and will be adjudicated before the intending immigrant leaves the U.S. to attend the visa interview. The intention of the new procedure is to avoid unnessary family separations.

2. Who can apply for a stateside provisional waiver?

Only applicants who are certain immediate relatives of U.S. Citizens or legal permanent (spouses, parents) and who would suffer extreme hardships if the waiver were not granted (medical, economic, psychological, country conditions) will be allowed to apply for the provisional waiver. Further, the immigration petition must have been filed by a U.S. Citizen parent, spouse or child over age 21 to qualify.

The applicant may not apply if s/he seeks to waive inadmissibility other than a single unlawful entry, or unlawful presence over 180 days.

3. Who cannot apply for a provisional waiver?

An applicant who is not in the United States or who has had an immigrant visa interview scheduled at a consulate prior to March 4, 2013 may not apply for the provisional waiver. Applicants who have other grounds of inadmissibility, such as multiple illegal entries into the U.S. or who have committed certain crimes will not qualify.

4. Does a grant of the provisional waiver make me legal?

A provisional waiver does not grant any legal status or work authorization. The waiver is merely one step in the immigrant visa process.

5. Does a provisional waiver cancel my deportation or agreement to voluntarily depart the United States?

A provisional waiver does not cancel a prior order of removal or voluntary departure. To apply for the waiver, a respondent must first administratively close the removal proceedings (before the immigration judge) and later terminate the proceedings to be able to leave the United States to attend the visa interview. Failure to do so has dire consequences and effectively results in “self-deportation”.

6. Do I need to work with an immigration attorney?

The immigration process is extremely complex, expensive and can take years to complete. Never trust a notario, friend or pastor with your family’s future. Always work with an experienced immigration attorney before deciding to file a provisional waiver. A good attorney will also review to see if a better option is available.